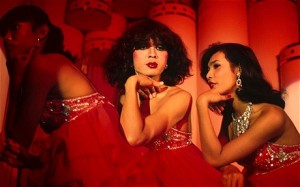 PC Air, which has yet to take to the skies, selected three «Ladyboys» in its first round of hiring this week to promote equal opportunities for what is dubbed the «third sex» in Thailand.

Peter Chan, the new airline’s boss, is enthusiastic about his groundbreaking move because of the opportunities it would afford transsexuals.

«I think these people can have many careers – not just in the entertainment business – and many of them have a dream to be an air hostess,» he said. «I just made their dream come true. Our society has changed. It’s evolution. I’m a pioneer and I’m sure there will be other organisations following my idea.»

One of the successful candidates was Thanyarat «Film» Jiraphatpakorn, who won the annual Miss Tiffany «katoey» beauty pageant in 2007. «At first I thought they would just take applications but not actually recruit us, as happened at other places before,» said the 23-year-old, adding that she was delighted to have been chosen.

Thailand has the largest number of «katoeys» – as they are called in Thai – in the world, with the country’s surgeons pioneering cheaper and quicker sex change operations because of the sky-high demand from men wishing to become women.

But PC Air did not make proof of sexual reassignment a criteria for the job, merely that the applicants possessed the necessary language skills and the potential to provide good service.

Many «katoeys» do not undergo sex change operations, either because of the expense or possible medical complications. But they dress as women, often taking birth control pills to reduce facial hair and grow breasts.

More than 100 transsexuals applied for the first places. The airline decided on a quota of three in the initial round of recruitment, where 17 men and ten women were also hired.

The transsexual flight attendants will wear special gold-coloured «third sex» name badges to help passengers and immigration staff to easily identify the gender they are faced with.