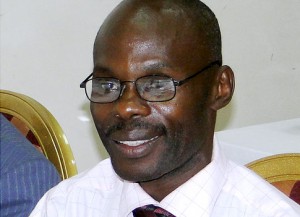 Ugandan LGBTI activist David Kato was savagely beaten in his home with a hammer and died on the way to the hospital. Human Rights First’s allies in the LGBTI community in Uganda have no doubt that his murder is a hate crime.

The police, however, hastily concluded that this was a «robbery.»

David Kato was revered by colleagues, who dubbed him the «father» of Uganda’s gay rights movement. But his civil-rights struggle earned him many enemies. Kato was the most prominent of the 100 gay Ugandans featured recently in a local paper with the headline «Hang Them» over their photos.

At Kato’s own funeral, the presiding pastor made homophobic remarks.

Help us ensure Kato’s murder is fully investigated—and put a stop to the campaign of hate that has led to such horrific consequences.

We are urging Ugandan President Museveni to take action now. Join us by signing our letter below!