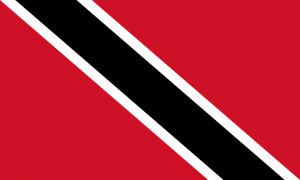 PEOPLE who are against minority rights such as gay rights always find some holy verse and apply it selectively to justify their selfish interests. Gays are citizens who pay taxes and participate fully in society, daily toiling for our nation like other citizens. Gays harm nobody, contaminate nobody, kill nobody, steal nothing from anybody, chop nobody and destroy nothing in the enjoyment of their legitimate sexual orientation. They are doctors, nurses, engineers, security guards, policemen, teachers, masons, electricians and business executives who contribute meaningfully to this society. So what’s the fuss?

Not everybody is meant for marriage and neither are we all meant to have children. When gays say they want their rights they are not asking for the right to kiss, have sex or prostitute or wine on each other on the street. None of us heterosexuals do that. What this minority group is asking for is mere respect for their full human dignity, respect and non-discrimination. You don’t have to agree with what they do, support or encourage them. All they need is to be treated equally like everybody treating everybody fairly, without being aware of their sexuality, not to be fired, segregated, cursed or violated in any way because of their sexual orientation.

Every day we defy what the Bible forbids, from the way we dress, what we eat, and even the way we practice our various professions. The same Bible forbids women from preaching and taking the front role, and to wear veils at church but how many female bishops, pastors and street preachers we see every day defying the Holy Scriptures and nobody has a problem with that? In India, North America, South Africa, Latin America and many other parts of the world gay rights are now recognised. Have their societies vanished and been destroyed?

Gays suffer the most in this world together with other social and ethnic minorities who are discriminated against by the majority and powerful many. Misconstrued Bible interpretations have become an effective way to silence minority rights. Remember slavery? The perpetrators of this heinous act had verses and chapters from the many Holy Scriptures justifying it, but it was still wrong and an unjustifiable act.