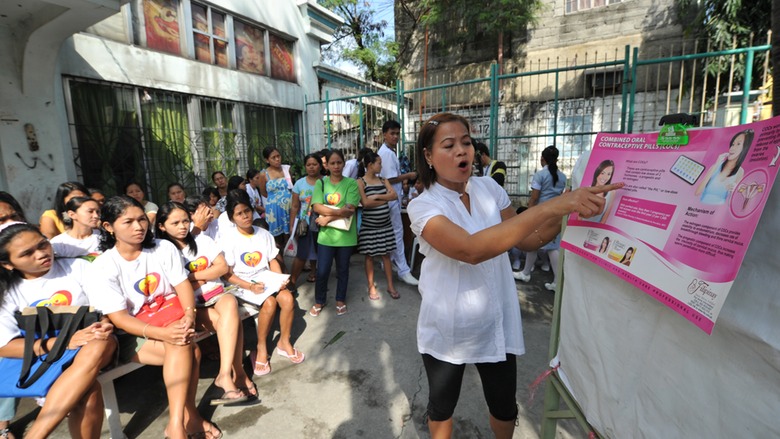 5 Places Around The World Where Sex Education Is Improving, Because Comprehensive And Progressive Programs Do Exist 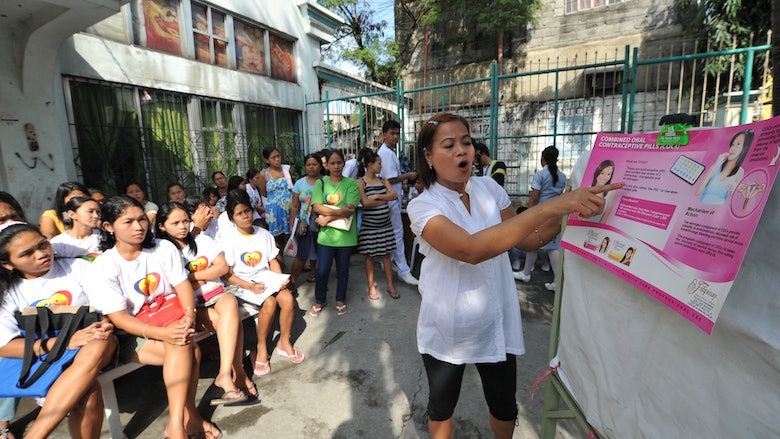 The incredible work of activists across college campuses has opened up a long overdue conversation about consent and sexual education in schools. At the same time, horrifying rapes at high schools in Steubenville, Maryville, and Texas have become national news stories. STD outbreaks are happening at schools where there’s no sex ed. Survivors and advocates are encouraging comprehensive sex education as a method to combat the sexual violence that is often ignored and normalized in our culture.

A few months ago, two Democratic senators introduced a bill, the Teach Safe Relationships Act of 2015, that would make it mandatory to include curriculum about consent, emotional safety, and dating and domestic violence in sex education programs at public middle and high schools. Organizations such as Partners in Sex Education in Boston, Massachusetts are already bringing comprehensive and progressive sex education to many public schools in the city. Educators, many with backgrounds in queer justice and disability justice, host workshops that teach consent, communication, contraception, and healthy relationships at various middle and high schools.

This is an exciting and important time for sex education and consent advocacy worldwide, so let’s take a look at a few other cities and countries where sex education is changing for the better: 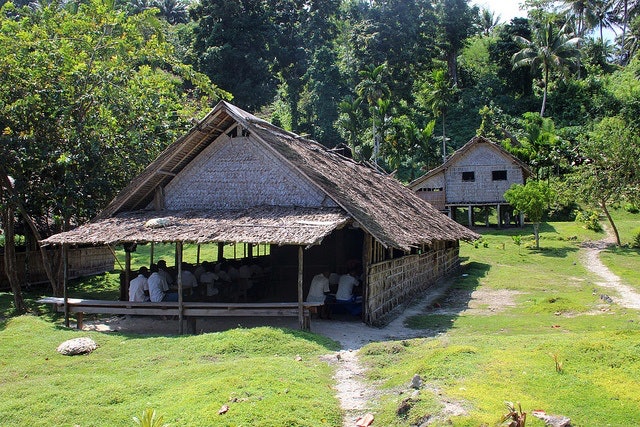 Towards the end of April, government health officials announced a plan to improve youths’ sexual and reproductive health in New Zealand not only by increasing access to education for teenagers, but by educating community leaders about problems faced by the country’s younger population. Nancy Pego, the adolescent health program coordinator for Solomon Islands Ministry of Health, says the topic of youth sexuality is ” …a bit sensitive in our country.” Pego hopes that once older and respected community members learn about the increasing rate of unplanned pregnancy and STD transmissions among youth, they will understand the need for comprehensive sex education, and encourage teenage access to contraceptives and reproductive health information. The government is funding such initiatives in Solomon Islands, Tonga, Samoa, Vanuatu, and Kiribati — regions of New Zealand where sex ed is especially lacking. Pego also says that the Ministry of Health is planning to develop youth recreation centers that offer sexual and reproductive health services in rural areas so that teens in those communities will have increased access to medical and educational resources. 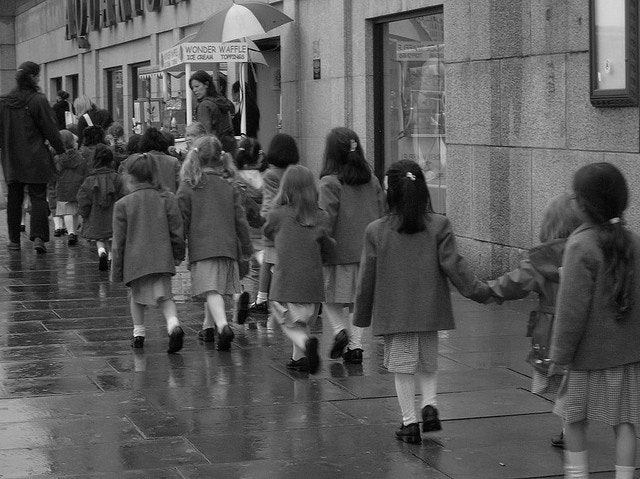 This year, the Personal, Social, and Health Education Association (PSHE Association), as a part of the Call to End Violence Against Women and Girls, has instituted an education program to teach sexual consent to students as young as 11! The program came into fruition, as the PSHE Association described, at a “crucial time.” The Office for National Statistics (ONS) reports that, in 2014, over “7,000 sexual assaults against children aged 13 or younger, and more than 4,000 rapes of children under 16” were recorded by police — a horrific piece of information. While, not surprisingly, the program is attracting controversy, teachers who have adopted it into their curriculum embrace its ability to educate young students about consent and healthy relationships in a safe space within an unsafe world. As Phil Ward, head teacher of Heston Community School, says, “We need to provide opportunities for young people to think about what consent means, because they’re going to face experiences in their lives which could involve sexual assault or even rape.”

PSHE defines consent in a healthy relationship as an agreement that must be directly asked for, and that can be “withdrawn at any moment.” The consent lessons for 11-year-olds include exercises such as telling a classmate to stop moving towards them once they feel their personal space is being invaded, and discussing who should ask for consent during an encounter wherein personal space is invaded (the person initiating the contact).

Participation in the PSHE program for 11-16 year old students is not mandatory for schools, but we can only hope that more schools will sign up and adopt the program into their curriculum. It is already apparent how important it is for young children to learn that they are allowed to say no. As a young 12-year-old student named Ayesha said after a lesson, “If a stranger walks up to you and does something you don’t like, I think you should have the confidence to tell him or her ‘No.’ Saying ‘No’ doesn’t mean you’re being rude… it means that you don’t like someone to be entering your personal space.” 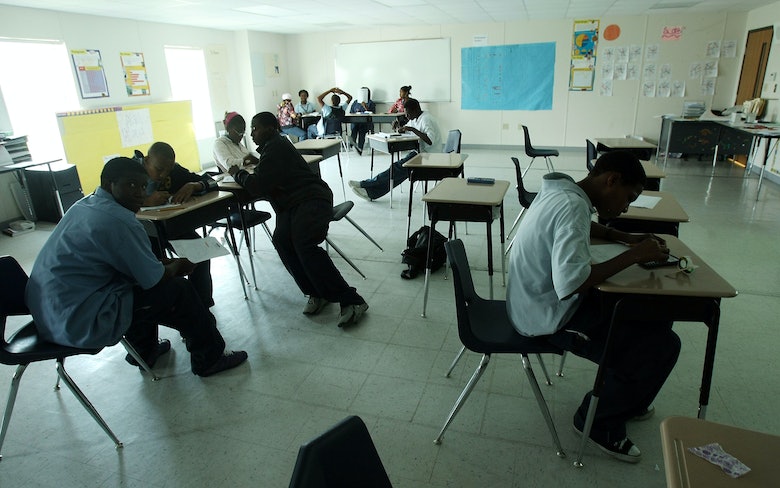 Some New Orleans politicians are describing the issues of teenage pregnancy and STD transmission as “out of control,” and many community members are referring to it as a crisis. To combat the upsetting state of teenage reproductive and sexual health, Democratic State Representatives in New Orleans are currently proposing ”a bill that would mandate sex education for public school students in grades seven to 12” in the Orleans Parish school district. On April 29, the House Education Committee voted 8-6 to pass the bill through the House panel. While all public schools in New Orleans currently have the option of teaching sex ed, it is not a requirement and that is what House Bill 359 is trying to change. The results of lacking education about safe sex are painfully obvious, as State Rep. Patricia Smith, D-Baton Rouge mentioned hearing some teenage girls discuss drinking Mountain Dew soda as a way to stop pregnancies.

If the bill becomes law, parental rights will still allow parents to remove their kids from the lessons, but the bill will also grant public schools the option to teach sex ed to students from third grade to sixth grade. A similar bill was voted down last year, and there is still much opposition to HB 359, especially from Christian organizations who don’t want youth to learn about contraceptives. Because that’s worked out so well. If the bill is successful (FINGERS CROSSED!), comprehensive sex ed will be mandatory beginning in the 2017-18 school year. 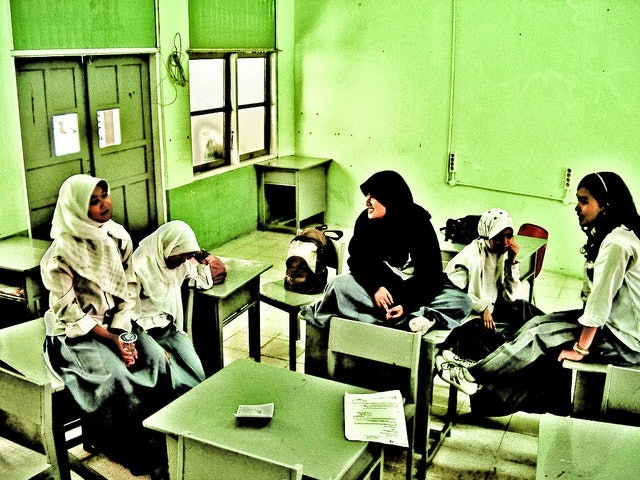 In the last week of April of this year, five Indonesian civil society organizations hosted a large conference pushing for comprehensive sex education for the nation’s youth. School district leaders, Social Affairs Minister Khofifah Indar Parawansa, and hundreds of young students attended the event in Jakarta and called for community members and government leaders to support a new program. The conference comes at a time when survivors of sexual assault in Indonesia are getting younger and younger, as they are most frequently aged between 13 and 18 years old. A goal of the conference is for comprehensive sexual education to be used as a weapon against sexual assault toward teenagers, so the desired curriculum discussed would not only encompass reproduction and sexually transmitted diseases, but also healthy vs. abusive relationships, “empowerment, and anti-violence skills.” 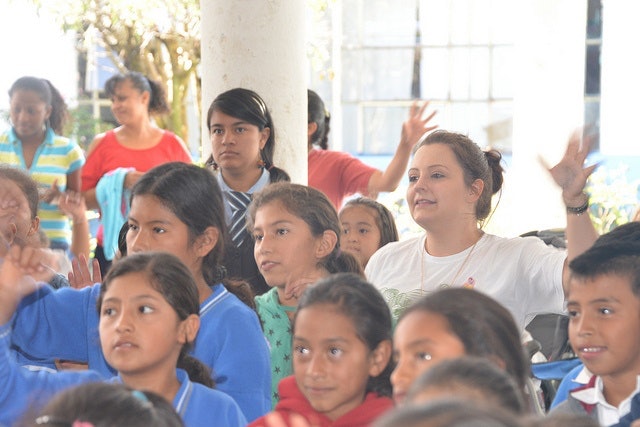 Activists in Guatemala have been working to bring comprehensive sex education to the country for years. Lack of access to contraceptives, lack of education regarding reproductive/sexual health, and increasing sexual abuse toward young girls has resulted in 1 in 5 mothers being aged between 10 and 19. Ana Lucía Ramazzini, a Guatemalan sex educator, as well as a sociologist and women’s rights activist, told a newspaper last year that sex education cannot be successful in Guatemala without being taught from a feminist viewpoint that addresses consent, assault, and the power dynamics and social inequalities between men and women. Specifically, she mentioned that the sex education courses have to challenge the cultural ideology that girls are only meant to be mothers, discuss gender-based violence as criminal behavior and teach students how to identify assault, and challenge gender and sexuality stereotypes in the media and culture, especially the stereotypes that strip women of their bodily autonomy. In 2013, the ministries for health and education began creating a program for nine regions in Guatemala, similar to the curriculum Ramazzini described. There are ten organizations working together for Campaña Nacional por la Educación Sexual to increase the program’s reach and funding.

Organizations such as Asociacion Pro-Bienestar de la Familia de Guatemala (APROFAM) are especially focused on bringing comprehensive sex education to rural areas where there is limited access to both contraceptives and sex education. APROFAM also spends a lot of its energy on re-education, as men and religious ideology have long had power over the cultural beliefs regarding consent and reproduction. APROFAM designs lessons to teach men new ideas about family planning and gender equality, and also “provides counseling for women to raise their self-esteem, and runs workshops and discussion groups aimed at asserting women’s rights to control their own health and well-being.” Likewise, Incide Joven is a youth-run organization that exists to bring comprehensive sex education and resources to rural areas where young Guatemalans are without access to contraception, STD testing, psychological counseling, and other services.